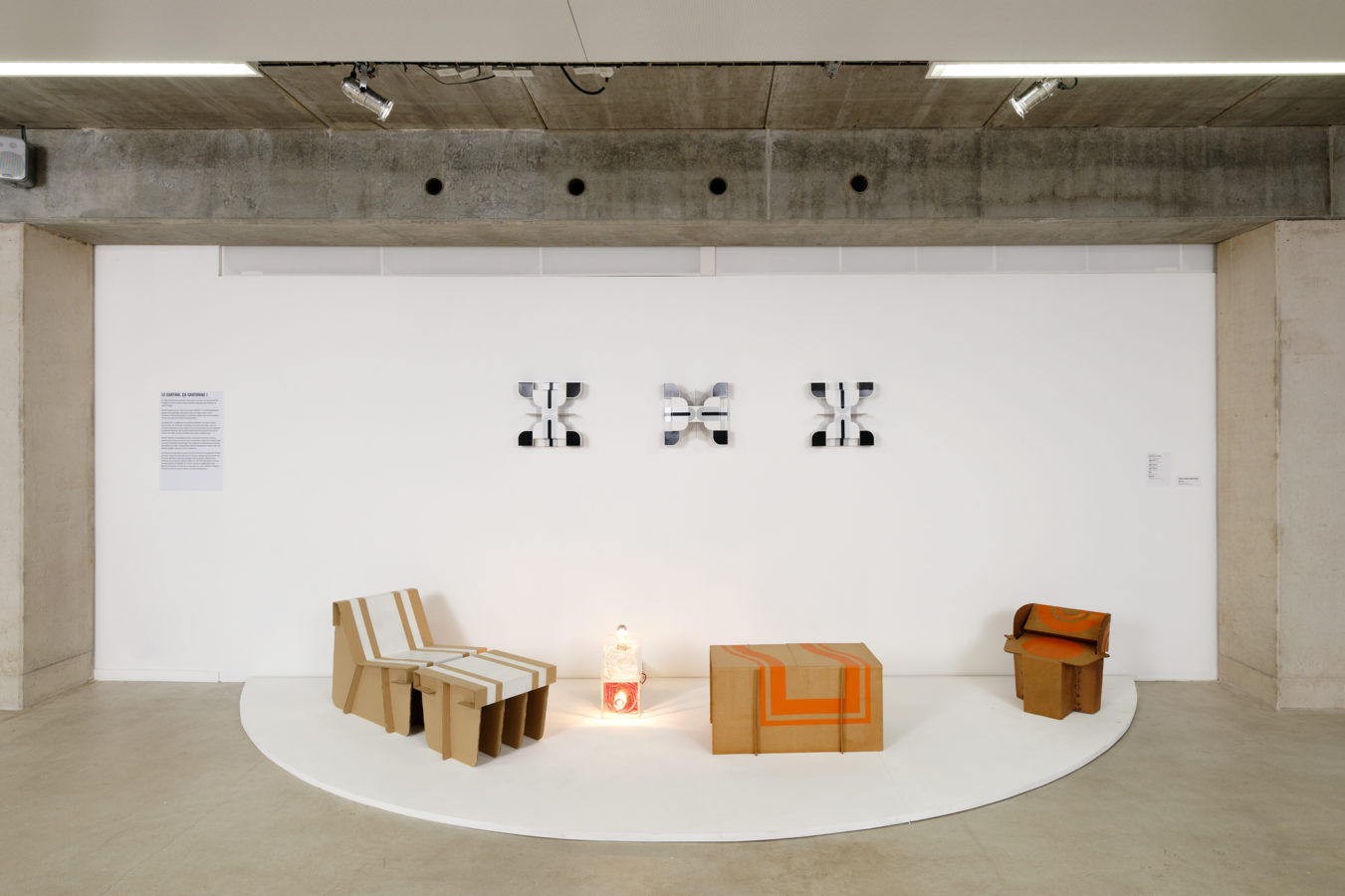 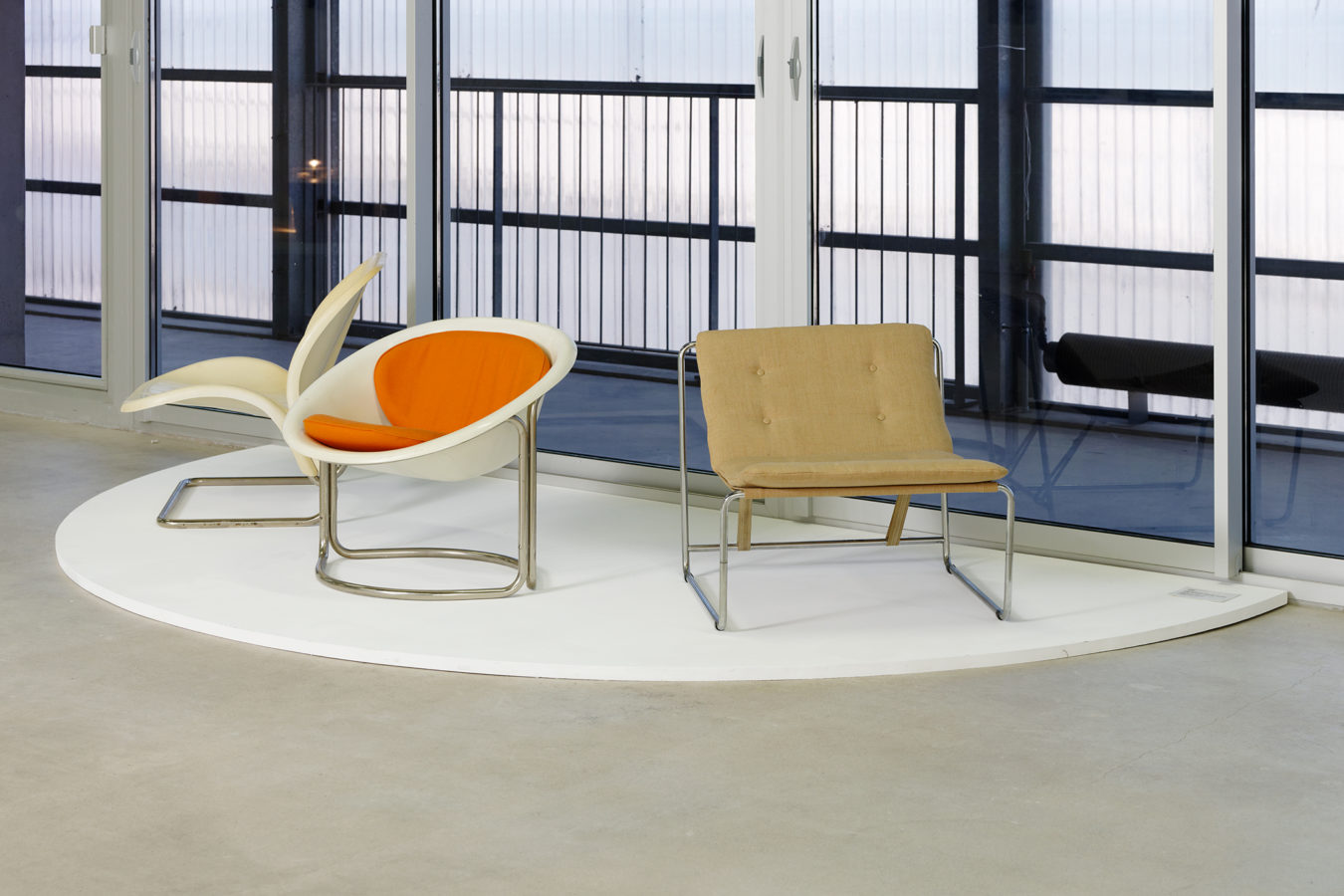 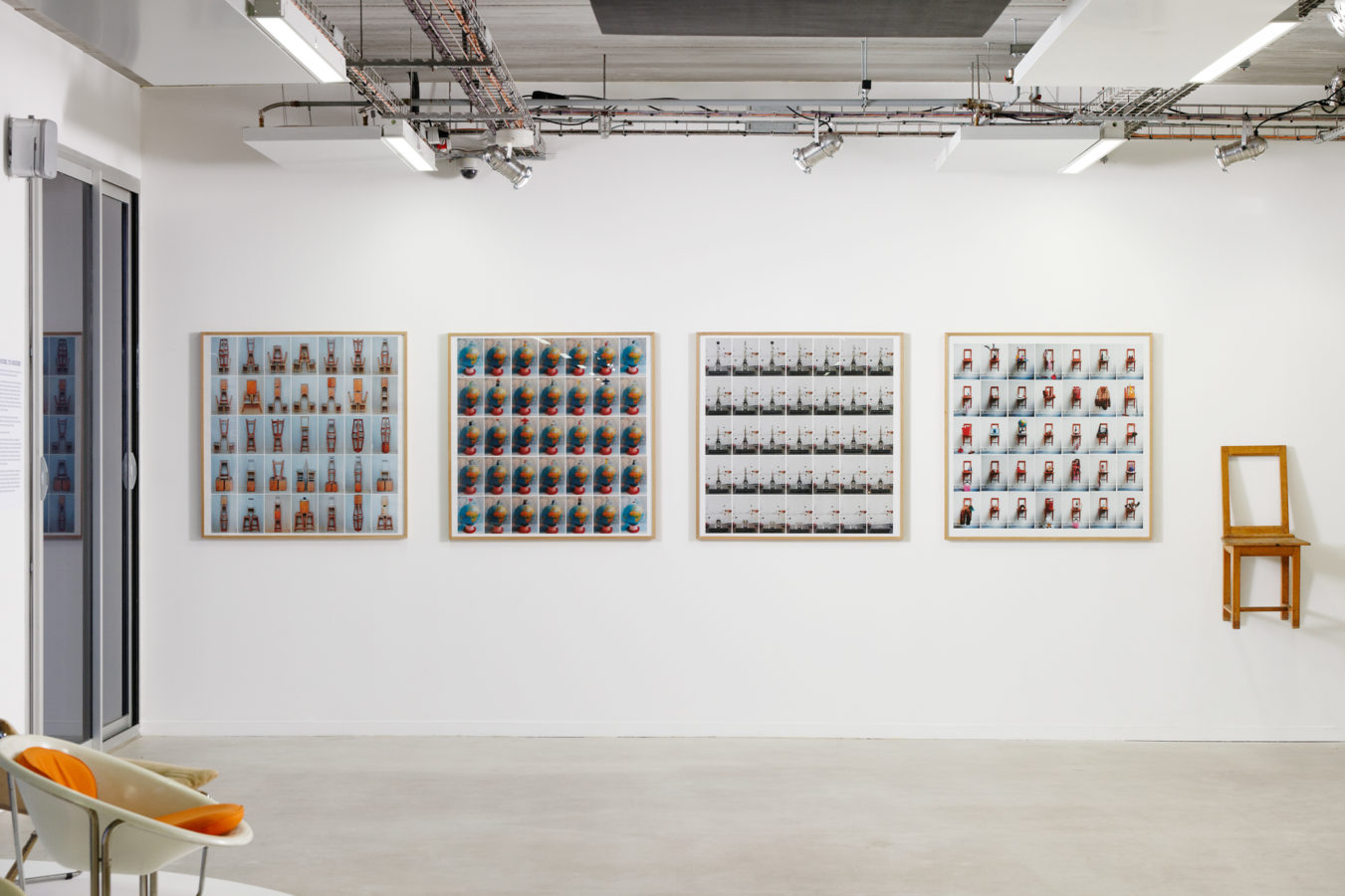 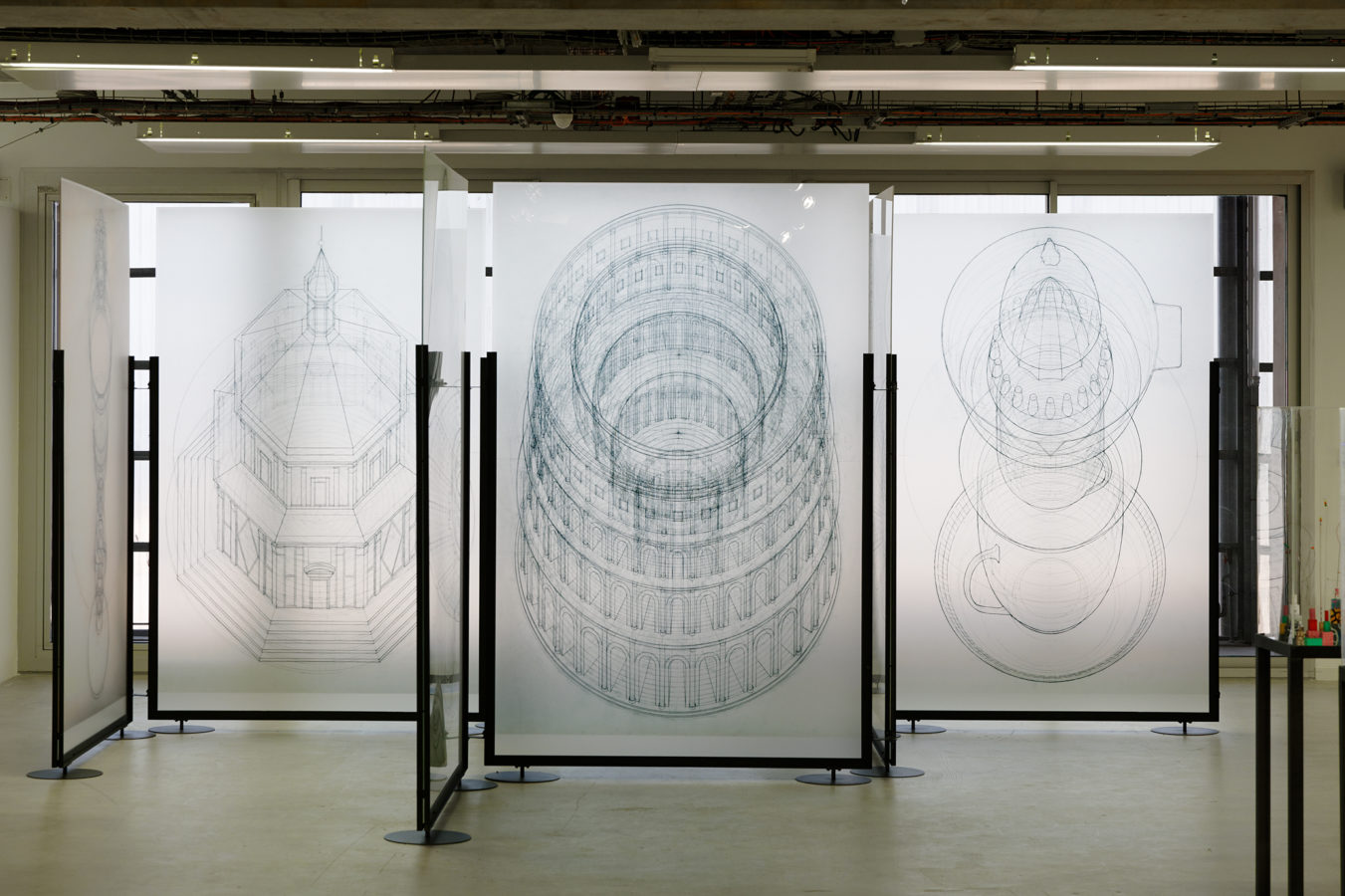 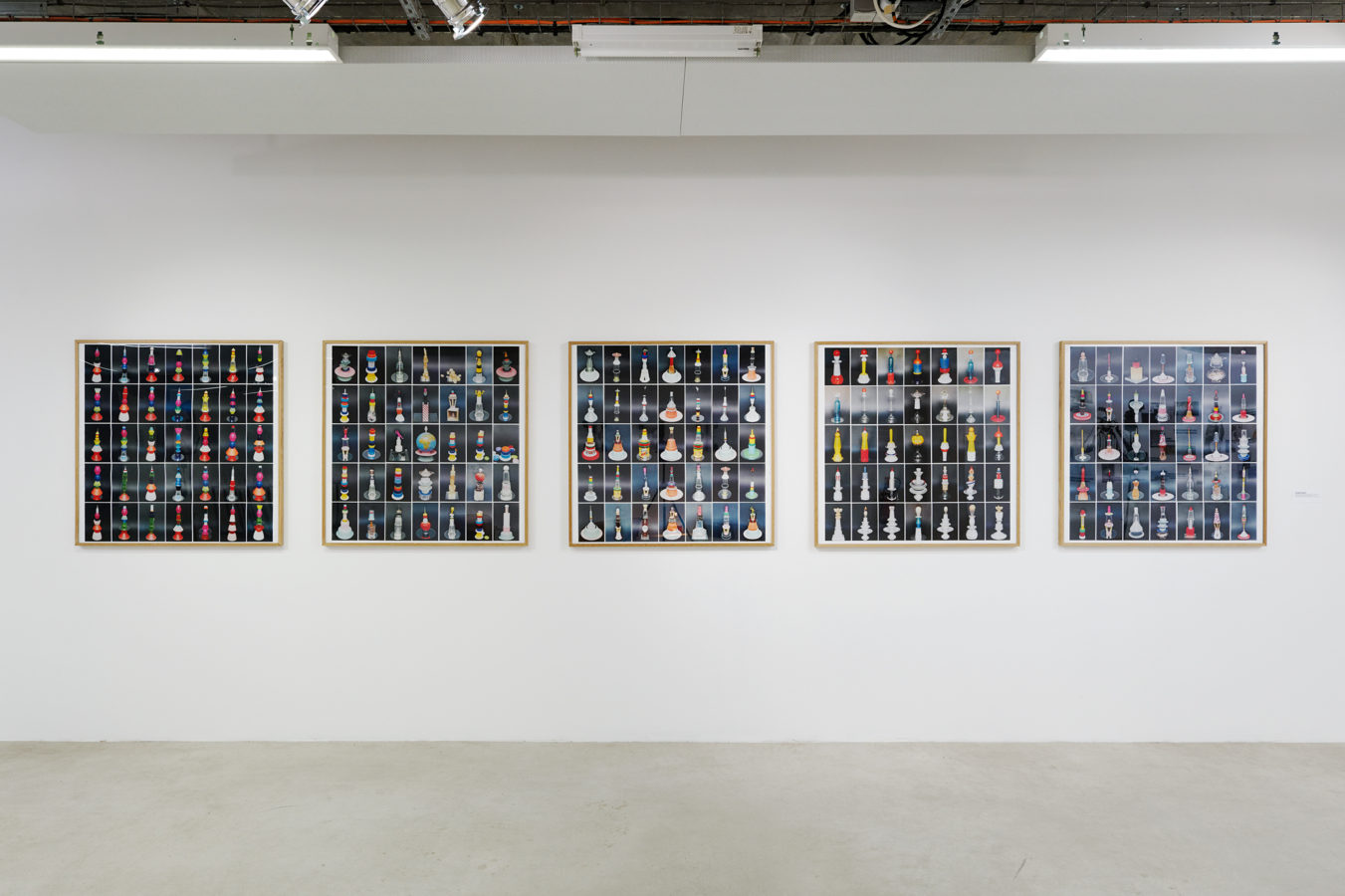 Claude Courtecuisse was trained in design, and later became interested in sculpture and photography. He belonged to the first acquisition committee that acquired works for the Frac Grand Large collection (Frac Nord Pas de Calais at the time). He was engaged with the building and opening of the Frac, developping a specific interest in the concept of design. Thanks to Claude Courtecuisse and numerous worthy successors, Frac Grand Large owns a wealthy public collection of international design dating back from the 1960’s. Claude Courtecuisse started his career as an independant Designer, working in collaboration with the most famous editors. His pieces explore the  diversity of materials made available by industrialization’s progress.

Through his work, he renewed the use of  tubular structures introduced by the Bauhaus in the 1920’s and brought them back in fashion towards the end of the 1960’s. He was a pioneer of cardboard furniture, and also designed coffee tables, chairs and seats for children as well as colourfull wall decorations in collaboration with Agnès Courtecuisse. Solea, his famous chair designed in 1971, is a technical revolution. Made from a mold injected with plastic, the design allowed for wide scale production and was available in a  variety of colours . The chair is also stackable. Sold in stores such as Le Printemps or Prisunic in the 1960’s (Prisunic was a popular French store chain created in 1931), his furniture and lamps became popular with a large audience.

Nevertheless, from the 1970’s, Claude Courtecuisse decided to stop working within industrial constraints. He began writing books about the theory of design, worked on art installations in natural landscapes and created commissioned works. His works started revealing an interest in the concept of Object and its social use.

Rather than going towards innovation, he focused on a more modest goal : repurposing.  To him, innovation was Modernity’s utopia. Courtecuisse used ordinary objects, trinkets, or scraps of different  materials, stacked them together into a precarious and original way in order to take photographies of them.

His series create a specific visual rythm, bringing about a sense of  burlesque in still life art.The playful perspectives and the transparency of his sculptures and drawings testify of the freedom of his tone of expression. For the first time, design and assemblage of objects come together in order to explore the world from a poetic and social viewpoint.

BIOGRAPHY
A graduate of the Ecole des Art Appliqués (1957) and the Ecole Normale Supérieure, Cachan (1962), Claude Courtecuisse began his career as an independant designer. In 1970, he began teaching at the Ecole des Beaux Arts in Lille and was the director from 1987 to 1989. During these two years, Courtecuisse also became a member of the Comité Technique d’Aquisition (Acquisition Committee) of the Frac Grand Large. He was General Inspector to Artistic Teachings in the Ministère de la Culture (Cultural Ministry) until 1992. Simultaneously, he gave lectures and was the pedagogical adviser to the Ecole Camondo, a private Architecture and Interieur design school in Paris (1988-2007). He was also a senior lecturer at the Olivier de Serre School, Paris and E.N.S Cachan between 1994 and 2001.